Gratitude to Orca Network who have never tired in their efforts to free Lolita Tokiate fro the Miami Seaquarium and bring her  home to her L pod family in the Salish Sea. Gratitude to the Lummi Nation members who this year brought major involvement to the effort to bring her home. And gratitude to all those who show up outside the Seaquarium, who write letters, email, phone.

The Victoria Orca Festival Society was disbanded as the Board members had too much going on in teaching, other animal rights initiatives, and life in general.

Last summer I did not do my usual street action on August 8 – the anniversary date of Lolita Tokitae’s brutal capture – with individual letters, information, book giveaways (and free beer!  – after conversation, if you were really interested in Lolita Tokitae). Thanks Irish Times for putting up with me for 8 years, and sometimes more than once a year, outside your pub – I bought $100 of beer tickets every year to give away and hope that helped  :-)

The status of the Southern Residents was getting more and more hard to watch, while in Canada DFO and other officials did nothing, and dams weren’t breached in Washington.

This year, finally, Canada has closed a regional fishery to try to save some Chinook for the SRKWs.

But with the loss of Crewser, L92, at 23 years old, bringing the SRKW population down to 75 as of the end of June 2018, I am ashamed to say – ashamed because  Tokitae keeps going day after day, for what will be 48 years in prison in the substandard Seaquarium on August 8 – ashamed  because Orca Network has been involved for decades in the struggle to bring her home and reunite her with her remaining family, and Howard and Susan have not succumbed  to depression induced inertia – I could not bring myself to do a display in the Victoria Central Library this year, or set up the orca fin hat event in the library for kids and parents, or have a table at Fernfest community festival.

Victoria City Council did respond to my request to declare June Orca Month in the City, for the 3d year.

And it’s not August 8 yet. Can I look Lolita Tokitae in the eyes and say “I felt so much grief for your relatives  that  I did nothing”? 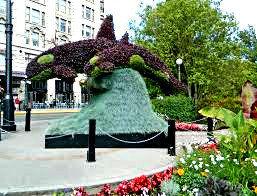 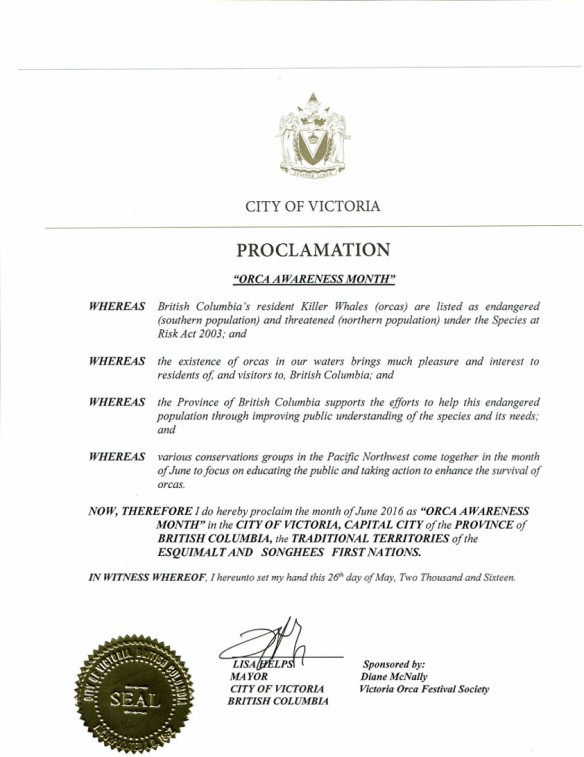