Good evening! My name is Diane McNally.  I’m here  to ask you to consider proclaiming June 2017 as Orca Month in the City of Victoria, for the second year. The Attorney-General has made a second  proclamation of June as Orca Awareness Month in British Columbia, and Orca Month is in its 11th year in Washington State.

Orca Month in Victoria will help raise awareness of the fact that, even though orcas’ intelligence equals ours, and they are the apex predator in these waters, carrying complex 3D mental maps of vast territories, they need protection – from us.

Last year when I presented to you, there were 83 Southern Residents. Since last June, J, K and L pods, lost 5 members: J28 Polaris, a young mother missing October 2016, age  23; her 10 month old baby  J54 Dipper, missing October  2016; J34 Doublestuf,  an 18 year old male found dead of blunt force trauma off the Sunshine Coast December 20, and the iconic J2  Granny, leader and matriarch of the clan declared missing, January 2017 at about 105.

There are now 78 free members in this matrilineal clan (79 if we count L pod orca Lolita Tokitae, captive in the Miami Seaquarium since 1970). 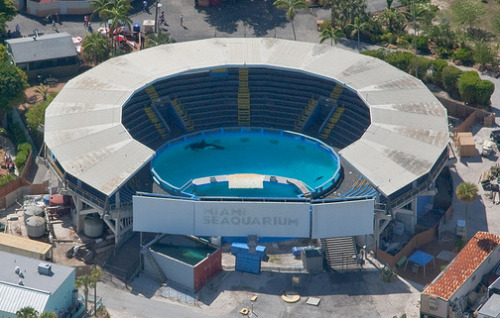 The Southern Residents  were listed as an endangered species in 2005   by US Fish and Wildlife, and in 2008 listed as  endangered by the Canadian Committee on the Status of Endangered Wildlife in Canada.

In addition to the Southern Residents, the  most studied orca group in the world, who range from central California to Haida Gwaii in the winter and who spend summer and fall here, there are 3 other  main groups of orcas who live in and visit the Salish Sea.

Northern Residents are  fish eaters, and number about 250. Their   status is “threatened”. They range in matrilineal  groups from South East Alaska to Washington State.

Transients, or Bigg’s orcas – named in memory of the late orca researcher Michael Bigg – range from California to Alaska in small matrilineal groups.  They eat sea mammals including other cetaceans and are increasingly common around Victoria.

Offshores, perhaps 250 of them,   range from California to Alaska in open waterand are believed to eat fish and sharks. They travel in large groups but you will rarely see them.

Local orcas were often shot on sight in the 1950s. After the 1964 Vancouver Aquarium harpooning of a young male from J pod, misnamed Moby Doll,  and his subsequently  demonstrated gentle nature and obvious intelligence whilebriefly exhibited in a sea pen in Vancouver before dying , a commercial capture began which came to a legislated end in the Pacific Northwest in 1976 as a result of public outcry.

The orca families have never recovered, and they now face other threats.

We take huge numbers of their preferred food, Chinook salmon, and have  dammed Chinook spawning rivers. Ever increasing marine noise from ships and boats interferes with their echolocation and communication. Male Southern Residents  and Transients’ bodies are designated toxic waste at death because of the pollutant load. Baby orcas often die before reaching 1 year  of age, as a result of the toxin offload in their mothers’ milk.

Extinction of this ancient lineage looms.

Information  about Orca Month events on the City of Victoria is on the Orca Month BC facebook page, and OrcaMonth Internatnl @OrcaMonthIntnat on Twitter.

Thank you for considering proclamation of June as  Orca Month in the City of Victoria .