August 8 is coming around again, the anniversary of the Penn Cove Massacre, and the 45th anniversary of L pod orca Lolita Tokitae’s capture from the Salish Sea. Those of us who don’t live in Miami, and who can’t rally outside the Miami Seaquarium, can initiate  actions farther away, and do more than commiserate and click on Facebook posts.

As always, major gratitude to Orca Network and The Orca Project for decades and years of work to retire Lolita and to end cetacean captivity, and to Peggy Oki at Origami Whales for the letter project this year.   Not forgetting Shelby Proie, who got me out there – an inspiration in the anti-captivity cause.

You can print some letters using points from Orca Network’s Lolita page (there are many letters on the Orca Network pages; the whole site is worth exploring) , and / or use Origami Whales’ letter, or my letter below. Print 100 copies of the letter, get out on the street on August 8 – or any day – in your town and ask people on the street to sign. It gets easier as you do it.

You’ll be surprised at the number of people who will sign, and the number who still don’t know even after Blackfish and and are horrified to find out.  A  few will blow you off / laugh at you. So what. Stay out for a limited time, like 2 hours, so you don’t burn out and get crabby with the laughers. If Lolita can do this for 45 years I can do it for 2 hours every year.

Buy 100 stamps and spend the next few days addressing the envelopes to send the individual letters. (I have done petitions in past years  but I think individual letters may have more impact. If anything will have an impact on the limited awareness and compassion  of people in the captivity industry.) Try to get return addresses on the letters since we expect a reply. Or send all the letters to Peggy Oki at Origami Whales.

Here’s my 2015 letter.  Feel free to use it, with changes that suit your environment.

Any questions or corrections: freecaptiveorcas@gmail.com

I am writing from the coast of Lolita’s home waters on the 45th anniversary of her captivity in the Miami Seaquarium, a facility your company purchased last year. As you know, her tank is barren and substandard, the smallest for an orca in North America, and is in violation of the Animal Welfare Act, a situation which APHIS has inexplicably grandfathered. At the Miami-Dade County Commission hearing to approve the sale, commissioners expressed concerns about Lolita. Commissioner Xavier Suarez asked, “Is there something that can be contemplated [to help Lolita]?” Commissioner Barbara Jordan asked, “Is there a retirement program for whales?”

I urge Palace Entertainment to allow Lolita to be retired, and returned to a sea pen in her home waters where her mother, Ocean Sun (L25) of L pod of the Southern Residents, still swims, along with Lolita’s extended family, all of whom live under Endangered Species Act protection. Recently, the US government officially recognized Endangered Species status to Lolita, as well. Return to a sea pen with human support for as long as she needs is feasible, and could lead to a successful reunion with her family.

Palace Entertainment has an opportunity to lead the way by putting in place CGI / virtual reality encounters technology as an alternative to the wrong-side-of-history display of captive orcas. This decision would bring tremendous positive publicity to your company!

She has endured the tragic suicide of Hugo more than 30 years ago, in his teen years, an orca also from her home waters, likely a relative with whom she could communicate. (His body was sent to the Miami-Dade dump.) She has been without the company of another orca for most of her nearly 16,425 days of performing at the Miami Seaquarium. Orcas are noted for their social and family connections. Is it not time to let her come home?

Lolita was captured August 8,1970 as part of the Penn Cove Roundup (Massacre) from the waters of the San Juan Islands. L-Pod is a resident fish-eating group of orcas which researchers have documented extensively since 1973. Granny (J2) of J pod, part of the Southern Resident pods (J, K and L) is 104 this year. Lolita is about 47 years old, which is equivalent to human years, so she could have several decades of life remaining, IF she is able to return to her native habitat. In your facility’s tiny tank she lives a solitary life, performing what must be by now mindless routines daily for a dead fish reward, to entertain tourists who do not understand the level of cognitive complexity of cetaceans, orcas in particular.

The key factor standing between Lolita and her reunion with her pod continues to be refusal to allow her retirement. Marine mammal experts have proposed a plan in which Lolita would be transferred to a coastal sea pen, and, once she regains her physical condition and strength and re-learns the skills necessary for survival, she will be given the opportunity to rejoin her family in the wild. She has not forgotten her family’s language and dialect. (Orca cognition equals or surpasses that of humans – the research is in.) If Lolita is unable to rejoin her family after the years spent alone in a tank, she will be cared for and allowed to live as natural a life as possible.

Orca experts on staff at Orca Network have worked with other leaders in the field to create a return plan for her. (A full discussion of the points below is on the Orca Network website.)

1. There is no significant risk to Lolita in any stage of Orca Network’s proposal for Lolita’s retirement in her native waters.

2. A thorough examination will be conducted by a team of veterinarians and pathologists prior to transport to detect any potential communicable diseases. Assuming there are not, there will be no significant risk to any members of the Southern Resident Community as a result of Lolita’s return to her native waters.

3. Remaining in captivity will result in continuing mental and physical stresses and related health issues.

Some people still enjoy theme and water parks. But I will urge a boycott all 22 theme parks in the USA, and 29 in other countries, owned in association with Palace Entertainment / Parques Reunidos until Lolita is granted her much deserved freedom.

I’ve included my return address. Please reply and let me know what you are going to do for Lolita. 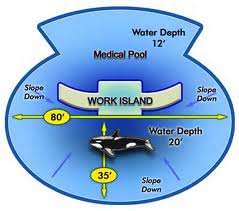 I’ve included my return address. Please reply and let me know what you are going to do for Lolita.